The Mission of Avatar

Avatar is spearheading the most important campaign ever undertaken by humanity: the creation of an enlightened planetary civilization®. Is this an impossible utopian dream? One more grandiose idea? “Delusions of grandeur,” says Harry Palmer in his book, Living Deliberately, “are delusory only as long as they remain unaccomplished. Otherwise they are great and noble deeds.”

What is the Role of Star’s Edge International®? 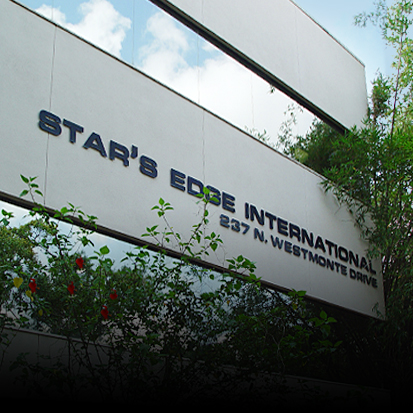 Star’s Edge International, the for-profit corporation that Harry founded in 1986, was created to manage and present personal-development programs that exceeded people’s expectations.

The Solution to All Human Problems

In a graduation commencement address given on April 28, 1990, in Nice, France, Harry made it clear what he expects from Avatar Masters.

Anyone can decide that his or her beliefs are righteous. Any belief can be dressed up to look righteous. Righteous beliefs are inscribed upon parchment and in holy books. Eventually they become slogans on battle flags and are used to justify insensitive acts for which no sane individual would ever assume personal responsibility… people die violently by the thousands with righteous beliefs on all sides.

Because of this, it is better that you denounce Avatar a thousand times than use it even once as a righteous belief to justify your actions. Your job is to help people become source over their beliefs, not to persuade them to accept your beliefs. Champion no cause above personal responsibility.

When enough people are able to see that the only real difference between any of us are the ideas and beliefs that we create, there will be a spontaneous worldwide awakening to the fact that beyond our individual viewpoints, everyone on this planet shares a common destiny. We will learn to live together, or we will continue to kill together.

Together we can work to feed the hungry, protect the environment, and speak for peace—these are the efforts that buy us the time needed to expand the Avatar Network into an Enlightened Planetary Civilization. Ultimately, the solution to all human problems lies in recovering conscious control of our hearts and minds.

How Does Avatar Work?

Discreate means to halt the production of a mental event; to turn it off; to cease creating it, to let go of it. It is a halt to an existing flow of energy rather than a new or opposing flow of energy.  (From Avatar Section III) “It’s yours and you’re creating it, and then you decide you’re not going to create it anymore and it is gone.”

Doing the exercises of the Avatar Course produces a gradual increase in self-awareness. A natural outcome of this increased self-awareness is recognition of the reactive and unconscious factors that are negatively affecting your abilities, your relationships, your health, and your spiritual wellbeing. These factors can be identified and discreated. The result is a recovery of an ability to live deliberately—meaning the ability to determine your own beliefs and mental attitudes without being swayed by hidden influences. Discreation is more than a concept; it is a third level Avatar ability that functions flawlessly when certain other first and second level abilities are understood and practiced.

COVID-19 UPDATE: During this time of change we have increased online options for your support. Please contact us if you would like some information about what's available. Dismiss